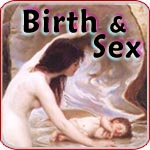 The Ecstatic Journey of Birth and Sex

Here’s the straightforward (and elegant) reality: women’s sexual, emotional and reproductive structures and systems are one connected, coordinated, integrated arrangement. Sex, pregnancy, birth, orgasm, breast-feeding, bleeding (and not bleeding) — all participate in the same grand system. Science tends to break systems down into their components, in the process often overlooking the fact that the whole is much greater than the sum of the parts. It’s an approach that has its virtues, but misses the forest for the trees. While the female sexual system does depend on the contributions of muscles, hormones, nerves, psyche, energy, neurochemistry and more, it’s not just a compilation of parts. It’s a unified, brilliantly designed system, and we’re missing something important if we don’t see it in that light. 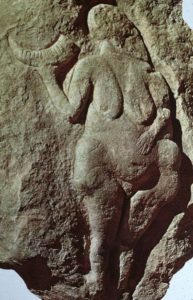 In humans, sex and reproduction, love and lust, and care and connection all overlap and interconnect. There are not three separate systems, one for pleasure, one for reproduction and one for bonding. It’s all one integrated, multi-purpose arrangement. It makes evolutionary sense that this is so. While it’s certainly possible to have unconnected, uncaring sex, we are definitely hard-wired for connection.

The Evolution of Human Female Sexuality

This is especially true for women, for whom sex is a high-risk activity. Female humans have limited reproductive opportunities, unlike males with their unending supply of sperm. Pregnancy and child-rearing are activities that require an enormous amount of time and energy. Since it takes human babies many years to become independent, and since two can raise a family more easily than one, having sex with someone you are emotionally bonded to tends to be a successful reproductive strategy. 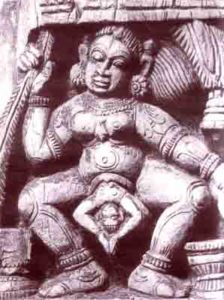 Our culture tends to see birth and sex as unrelated activities. Not that people don’t understand that sex is what gets the baby started, but the subsequent processes—pregnancy, birth and breast-feeding—are generally seen as maternal, not sexual. This is a false dichotomy. The fact is that arousal and labor are very similar, and so are orgasm and birth. While it’s true that sex is intensely pleasurable and birth is wildly intense (and often intensely painful), both are consuming, extraordinary and powerful processes that are similar by evolutionary design, and not by coincidence.

Sex and giving birth are not just two ends of a journey: they are the same journey, an intimately connected system that follows a primal evolutionary template. Evolutionary design conservatively uses the same equipment, energy and biochemical tides in both the sex and birth experiences. Both journeys also involve similarly altered states of consciousness, with the kindred trance states choreographed by the same chemistry.

Both the first stage of labor and the process of arousal are involve surrender, release and opening. Each requires a person to go with the flow, turn inwards and become entranced. Both orgasm and the decidedly more active propulsive second part of labor involve adrenalin-mediated action.

Also, either process can get derailed by the same antagonists—fear, anxiety, and the inability to trust and to open. Yet another antagonist for both is stimulation of the analytical neocortical brain, which can cause either process to stall. Despite our generalized cultural anxiety, labor and birth have the potential to be powerful, transformative and even ecstatic experiences. Some women actually have orgasms during the birthing process!

As a practical matter, it’s useful to keep the parallels between sex and birth in mind. As a midwife with over two decades’ experience birthing babies, I can say with certainty that, to have the best possible birth experience, you should choose your birth place the same way you’d select a place to make love — where you’ll feel safe, private and undisturbed. Surround yourself with trustworthy allies and people who have faith in the innate wisdom of the natural birth process. Only when a woman feels secure can she open to the powerful tides of arousal or labor and release into orgasm, birth or ideally orgasmic birth in a flood tide of pleasure, wonder and love. 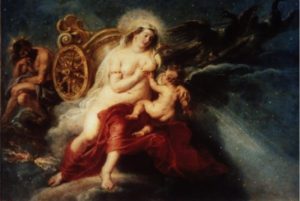 The Milky Way by Rubens

Love Fest at the Breast

Breast-feeding is also part of women’s sexual experience, as it’s designed to be a pleasurable and even ecstatic lovefest between the sacred and intertwined dyad of mama and baby. The hormones of in-loveness and bonding are there to help us survive the exhausting demands of parenting and ensure that we nurture our offspring instead of ignoring or abandoning them, as we’d surely do if we didn’t love them madly.

The Integral Nature of Female Sexuality

All the aspects of the journey — cycles, fertility, pregnancy, arousal, orgasm, birth and breast-feeding — are part of the integral whole that is female sexuality. It is one of the tragedies of our culture that we’ve severed pregnancy, birth and breast-feeding from their messy, earthy, embodied sexual roots. To fully appreciate female sexuality, we must remember these connections, which hold true at a primordial level whether the woman in question chooses to (or is able to) reproduce or not.

Beyond that, we must also bear in mind that the integral nature of female sexuality does not begin and end with the body. The emotions are involved, too. There are not separate processes for love and lust. All these circuits are connected to and by the biggest sex organ of all, the brain. We’re hard-wired at all levels to bond, be blissful and to birth!

END_OF_DOCUMENT_TOKEN_TO_BE_REPLACED 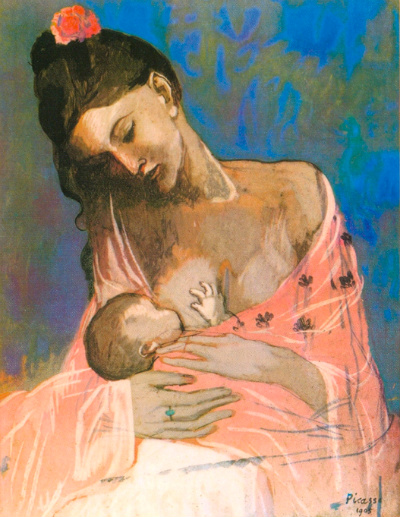 I love that Huff Post is showing  “22 Candid Photos That Show How Beautiful Breastfeeding Really Is.” I love it because breastfeeding is beautiful and normal, natural and super-healthy. Looking at these lovely loving pictures is a great way to end World Breastfeeding week. These photos  are a wonderful way to help normalize something that is so foundational that an entire class of animals is named after it. We are, after all mammals, identified by our ability to provide perfect food for infants via our mammaries.

It’s a bummer, though, that HuffPost also felt the need to put Kim Simon’s article “30 Ways Breastfeeding and Formula-Feeding Are Exactly the Same” on the same page. Because, while all parents may share concerns and challenges, breastfeeding and formula feeding are not exactly the same—and their differences matter.

Yes, I understand that many women choose not to breastfeed, but articles like this won’t help future moms make an informed choice to breastfeed. And it is the better choice—no two ways about it. The evidence is clear—breastfed children have lifelong advantages in health and intelligence.

The author wrote this in anticipatory defense against the possible shaming of formula-feeding parents. I’m not writing this commentary to shame mothers who don’t breastfeed. I felt compelled to write it because I want to co-create a world where breastfeeding is understood for what it is—a huge benefit for baby (and mom, too.) Babies that are fed ‘mama milk’ are healthier not just while they’re nursing, but for the rest of their life. Every disease known to humans has a lower lifetime incidence if the person was breastfed.

I love that Kim Simon is a co-founder of the I Support You project, which aims to foster understanding and connection between formula-feeding and breastfeeding moms.  I also want all moms to be connected, supported and supportive of each other whatever their choices.

At the same time, I want mothers to understand that breastfeeding is the healthier choice. Not only that—it also makes life super easy. Here are just a few of the many ways this is true:

No one should be shamed for their choices. At the same time, breastfeeding is far and away the better option. I want people to know this, and I want breastfeeding to be the norm.

Everyone has an equal right to choose. But not all choices are created equal.